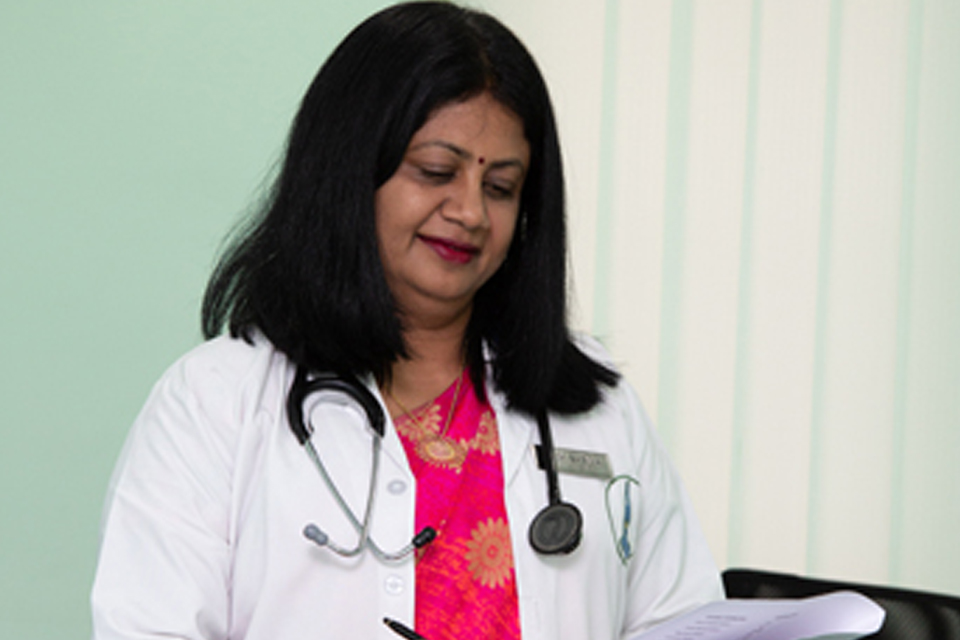 Dr. Babina completed her BNYS from SDM college of Naturopathy and Yogic Sciences, Ujire 23 years ago and joined Jindal Nature Cure Institute, the biggest and most popular Yoga and Naturopathy facility in the world. She is now the Joint Chief Medical Officer of Jindal Nature Cure Institute (JNI), Bangalore and is leading a team of around 30 Naturopathic physicians. She has been associated with the Institute from over 21 years. Well known for her great administrative capabilities she is actively involved in Research and Clinical practice of Naturopathy and Yoga. She is the Principal Investigator for most of the completed and ongoing Research projects under INYSMRS. Several papers have been presented in various National / International Yoga and Naturopathy conferences. She was also the Principal of Jindal PG college of Naturopathy and Yogic Sciences, Bangalore. She is regularly invited to speak at regional conferences by Dept of AYUSH, National Instiute Of Naturopathy (NIN), Central Council For Research In Yoga & Naturopathy (CCRYN), rotary club and has been a guest faculty on Health management programmes for numerous corporate organizations. She was the invited as a speaker at Royal wellness summit at Dubai. She has delivered various health talks on media channels – both print and Electronic. She is well known and popular for her excellence in treating all great celebrities, politicians and who’s who from India and Abroad in this prestigious institution (JNI). She has an enormous contribution with her articles on Naturopathy and Yoga to various magazines. She is the editor of Health Herald magazine of JNI.
Research publications in reputed journals:
1. Role of Naturopathy and Yoga treatment in the management of Hypertension. Complement Therapies in Clinical Practice 2011 Feb; 17(1):9-12.
2. Management of obesity through Naturopathy and Yoga interventions. Indian Journal of Ancient Medicine and Yoga, June 28, 2010
3. Hot hipbath in management of primary Dysmenorrhea. Alternative therapies in health and medicine. Jan/Feb 2012. Vol 18, No.1
Books- Authored- on Nature Cure and Yoga
1. Digestive & Eliminative System
2. Preventable Diseases
3. Life Style Diseases
4. Women’s Health Problems